Carry on only for this trip
Gallery

May has been a month all about preparation, travel, inspiration, and challenges.

I am keeping the language very short this month as I write whilst sitting on trains, planes, and automobiles. Instead, I have plenty of pics which I hope will convey our story. Oh and I’m in France and the UK and I don’t have pics to load yet.

This month I have been left basking in the glow of realising I’m surrounded by people who don’t want me to fail. After 25+ years of working in the corporate arena in which I NEVER felt this way, I’m left feeling a deep sense of support.

I travelled to Orange, in rural NSW, to attend the first My Open Kitchen Gathering.  A totally inspirational 2 days where I learned new skills and met some remarkable farmers and creatives trying to tell their story using social media.  Organised by the ‘hostess with the mostess’, Sophie Hansen, we listened, questioned, collaborated, ate and laughed on a range of topics, all designed to help us realise our aspirations.  The calibre of the speakers, panelists, and attendees was second to none.  Many of us are still coming down from the buzz.  I am re-affirmed in my commitment to source local crafts folk and producers.  I could make a list here of several folk I will now purchase products from, I mean I now know a Master Tea Blender – doesn’t that just blow your mind – that a young woman from rural NSW can achieve this international qualification and I can purchase my own customer blend of tea?

My key outcome was to realise an Instagram account.  My handle is @ longview_garlic.  If you want to see more pics from the weekend in Orange go to #myopenkitchengathering where way more talented folk have put up some stunning shots. 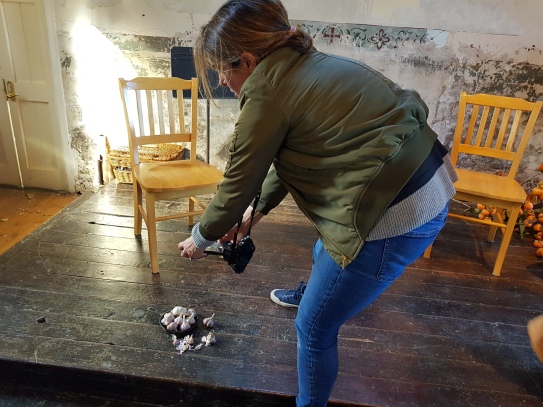 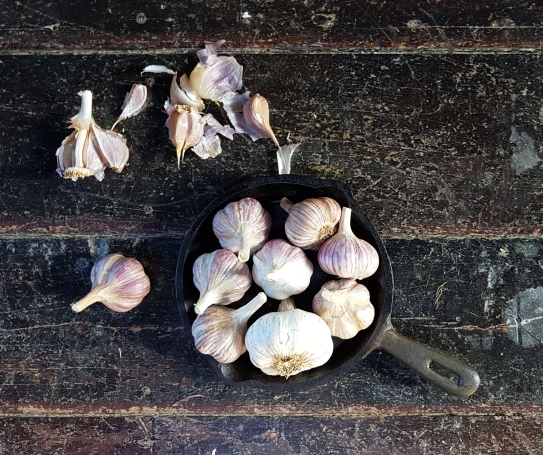 I mentioned to the official photographer Pip, from @photographybypip or http://www.photographybypip, that I had brought along some of my garlic to learn how to photograph it in the particular style that I liked.  I kid you not, I followed her around like a puppy, yapping away in awe and trying in vain to see what she saw.  In under 20 mins she secured a shot that I will treasure.  Post that nano moment with Pip I managed these shots: 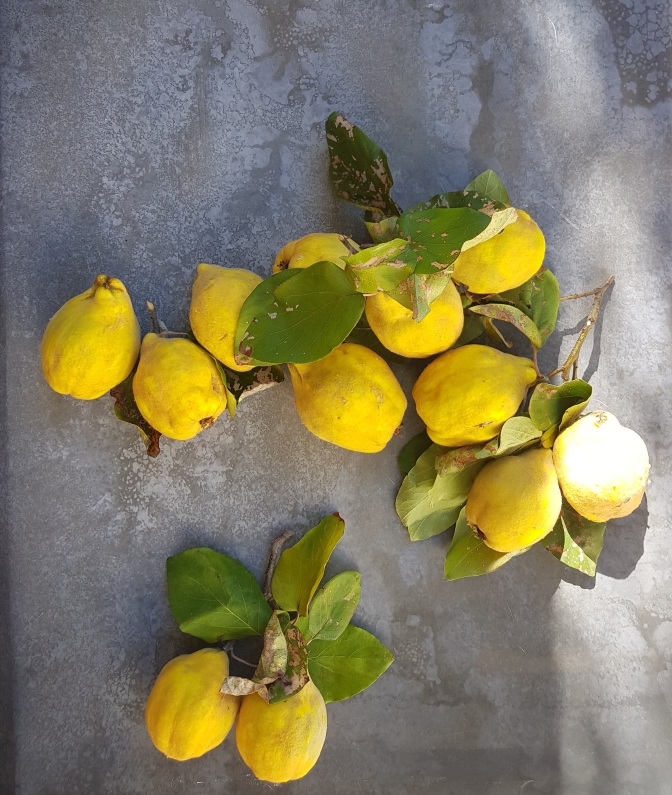 Another skill to learn – but first, remember to actually take photos… 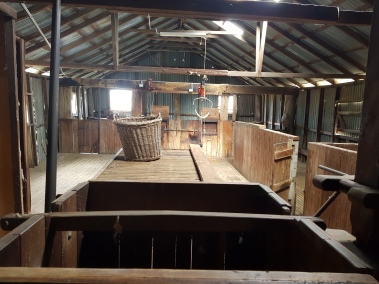 We did shearing day.

Shearing day is something I never thought I would experience, let alone be the one to organise and effect.  Clearly, you can’t own a flock of sheep, say you grow wool and not carry out this part of the process.  Having found myself in this situation, I note that to say ‘we are shearing’ is such a level of understatement only those who have done this truly grasp the situation.  I’m sure there are many professions with the same claim.

I’m now consciously incompetent at this wool game – but so very much in awe of the kind and generous folk who took the time to teach and work with me – they are so very unconsciously competent.  The skills they have are phenomenal and yet I never knew this until Shearing Day.  Humbled, grateful, lucky. Damn fine situation to find myself in.

Up until last week tomatoes continued to feature in my veggie patch life. Especially now I have discovered a green tomato chutney recipe by Sally Wise. But I’m calling it now. I need the space in the patch for my winter vegetable crop of broccolini, broccoli, and kale. The other task was to prune the rosemary hedge around the patch to let more light into the space. With this plant, Tuscan Blue, it just does not seem to matter when you trim it – it its not flowering its growing so anytime works. Which is why its such a great plant.

It with excitement that we have progressed our wall lining idea.  We have invested in having a sample made up of the veneer wood panels we want to use to line the walls of our house. We have great respect for those who can install plasterboard proficiently – more so because we can’t. Furthermore, we are not fans of painting. So we think this will cover off on our inadequacies in DIY and add some warmth to the whole concrete floor, minimalist, big window look. We have gone for an Australian wood, Blackwood which does not seem to engender much love from the woodies in this world. I think they fear us being disappointed with its variancy in colour. 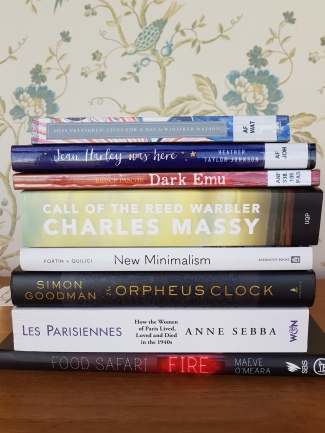 The list is looking a bit lean this month but thats because I’ve read some library books that needed to be returned before I could take a pic. Two in particular stayed with me this month. ‘First, we make the beast beautiful’ by Sarah Wilson and Kent Haruf’s book ‘Our Souls at Night’.  Sarah’s book is a first hand experience of how she manages anxiety, depression, thyroid disorders, all the while living a life I could not imagine having.  My good health is such a basic expectation that I would have to seriously reduce my expectations of it if I suffered any where near as much as Sarah. Kent Haruf’s book is simply a beautiful story on ageing and how human wants and needs are as vital at 70+ as they ever were.  His writing is like poetry and so very authentic.  And a word on Dark Emu because this has to be said, I did not learn this history about Indigenous Australians.  It’s vital reading for those of us who were taught they were nomadic and transitory – evidence from European explorers, pioneers and structures suggests otherwise.  Why we were taught what we taught – that’s a whole other set of cucumbers to pickle.

Last word…well I took a pic out of Sarah’s book as it so very much resonated with me and made me laugh at the same time.  May you have an anxious person in your life…